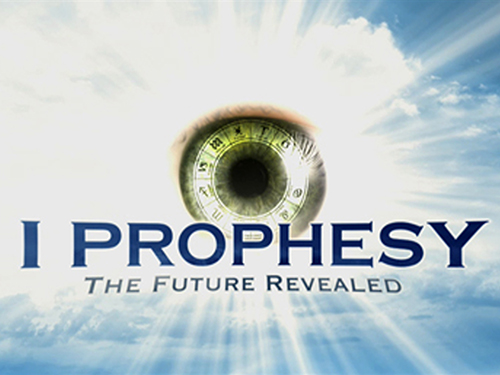 Since its introduction in the 19th century, the idea and concept of the “Rapture” has changed the face of the Christian religion, particularly in North America. Rooted in modern interpretations of the Gospel of Christ and the Revelation of John, the Rapture makes the bold claim that all Christian believers who are favoured by God will disappear off the face of the Earth in a split second – meaning paradise for those chosen, and hell on Earth for those left behind. We investigate this claim – from the modern followers of evangelists like Harold Camping – who have lost their life savings for the cause – to small town preachers who carry on the legacy of the Rapture. And, we meet the skeptics – some, even part of the Christian Faith who say the Rapture grew from the imagination of a modern day prophet named John Nelson Darby – and it is neither real nor impending. Is the Rapture real and should we be ready?

The Future Of: Utopia

What is the Future of the Perfect World? Sir Thomas More named it in his book of the same name, but what really is Utopia? In this episode we meet Utopian experts who tell us what Thomas More predicted for his perfect world, and how that can be translated to our future. We travel through time from failed utopian communities, to present day Utopias, both sharing a healthy amount of successes and failures in keeping the Utopian dream alive. But what is the future of Utopia? Is it a deserted beach where the sun always shines? Is it a perfectly organized and secure community? Or will we find Utopia in the Futuristic dream of a self sufficient Hydrogen community in Denmark, aptly named H2PIA? Utopia may be hard to define, but one thing is for sure, we are all dreaming of a perfect world.

Science Fiction writers have an uncanny way of writing about what our future will look like, and for the most part, their fantasies become our reality.
Science Fiction genius H.G. Wells presented us with the possibility of traveling 800,000 years into the future in his first futuristic novel Time Machine. He evoked the futuristic spirit, still alive and well today, and found in our contemporary prophet Robert Sawyer. In this episode we travel through time to discover what is being predicted for the technology of our future. Will we finally have our flying car like in Back to the Future? Will The Jetsons Rosie the Robot soon be gracing our homes? Will we be given the opportunity to live forever or at least long enough to colonize other planets and make a comfortable living space for our ever increasing elderly population as described in Sawyer’s Science Fiction novel Mindscan. Only time will tell, but you may be surprised how close we have come to what science fiction authors predicted in the past, which begs the question, what are the possibilities for our future?

The Future Of: The Superflood

When God warned Noah of the great flood…he wasn’t alone. Flood stories have been part of human culture since the beginnings of civilization. And the 21st century is no exception. Today, the vast majority of scientists agree that climate change is causing massive ice melt in Earth’s polar regions. But what will be the result? Even cautious studies indicate the ocean level will rise. And if it rises as high as some scientists fear, the results will be of Biblical proportions. The hardest hit will be in India, Bangladesh and Eastern China, where tens of millions live, barely above sea level, with no place to run. And warmer temperatures mean more storm surges and hurricanes. This will impact the whole world, but especially the Gulf Coast, where New Orleans could be in store for an even bigger hit than Katrina. Some say if we act now there is still time, but some say it’s too late, and we should prepare for the worst.