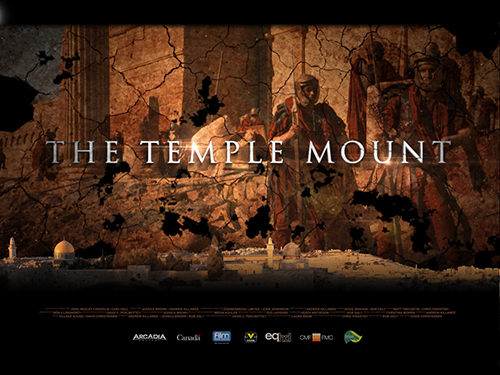 It is one of religion’s most sacred legacies – Solomon’s Lost Temple – built from ancient blueprints – revealed by the hand of god. Destroyed by a deadly siege 5 centuries after its construction, no evidence of Israel’s holiest shrine remains. Did Solomon’s Temple exist? Now, Holy Land archaeologists trace the trail of the temple, uncovering the controversial timelines of Israel’s founding fathers – King David and his son, Solomon the builder.

For the first century world, it was considered the world’s most beautiful structure. Its destruction set the stage for 2000 tumultuous years of Jewish history. Today the temple mount remains at the center of conflict and a new discovery made during filming, could open a new debate.

The third Temple is based on the prophetic vision of Ezekiel. Christian apocalyptic texts describe the re-building of the temple as key to the second coming of Christ – and the possible end of time. On the world’s most deadly and sacred ground, we follow a radical group called “Temple Mount Faithful” and their leader Gershon Solomon, as they attempt an illegal ascent of Jerusalem’s Temple Mount for the festival of Hanukah. Their goal is the construction of Ezekiel’s prophesied third Temple in our lifetime – an action Christians say will foreshadow the second coming of Christ; an action Muslims say will lead to Global Holy War. Solomon’s previous attempts ended in bloodshed. Now they begin another attempt. It’s a march towards the Apocalypse.