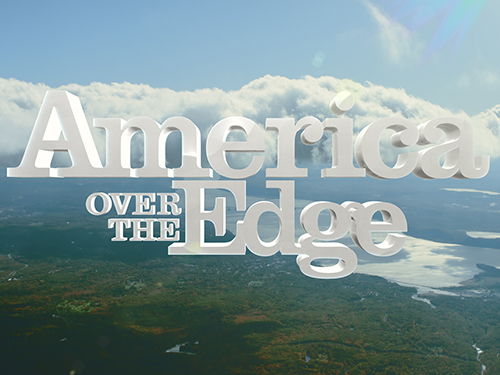 Travel 50,000 kilometres over America’s Eastern Seaboard Like you’ve never seen it before.

America Over the Edge blazes a trail along an incredible frontier – an aerial journey high above the features that define the United States – tracing one of the most diverse coastlines in the world, and revealing a wealth of treasures.

The meeting place of the ocean and land is the birthplace of the country’s history – the setting for its most formidable cities – and the frontline of climate change. America’s borders separate it from its neighbors – but also reveal how closely intertwined all of North America’s histories and futures are.

The first 13-episode cycle focuses on the rugged beauty and history of America’s East Coast: from Maine and New England – to the cities of Boston and New York – tracing Chesapeake Bay – soaring above Philadelphia – on approach to Washington DC and the coastal regions surrounding.

On the ground we include stories from Portsmouth, NH that foretold the Revolutionary War – tales from tiny border towns of Maine that were at the frontlines of an undeclared war – and we explore the mega cities of America’s Eastern seaboard –their beaches – barrier Islands – and even Civil War fortifications.

This series invites us to discover our coastlines and borders from above – filmed in 4K from helicopter by cinematic high-definition stabilized camera systems. And – the aerial journey is supported by stories and interviews on the ground – directed by our award-winning team – bringing landscape and history to life – in crystal-clear close-up focus.