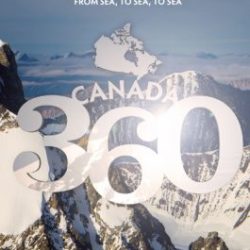 Excited to announce that “Canada 360” has been selected for this year’s Atlantic Film Festival. It will be shown Saturday Sep 17th, 1:30 pm at Park Lane Cinemas. For those who haven’t seen it, it is a 5-year circumnavigation of Canada from above. Produced by John Wesley Chisholm, Written by Craig Ferguson, Edited by Peter[…]